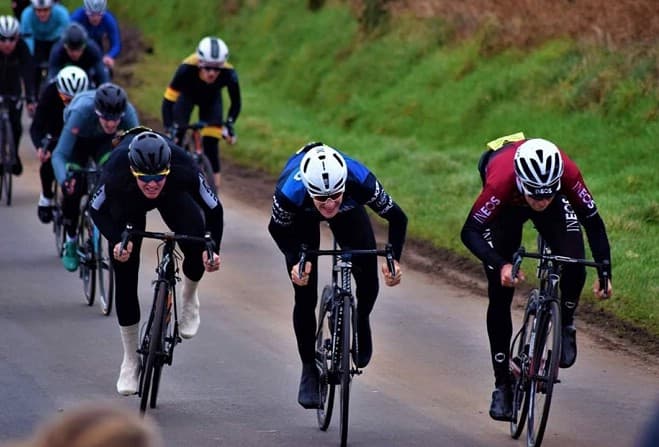 The annual Hamper Road Race was held under the TLI Cycling federation on the 29th December organised by Brian Johnson and his team from the Manx Viking Wheelers.

This race has, and still does attract some of the finest world class hitters, battling it out over the festive period for the prestigious Christmas Hamper.

The race is a handicap race, starting at Jurby in the north of the Isle Of Man, covering 25 miles. This year’s winner was Ben Swift winning from Ryan Mullen, and Chris Lawless 3rd. Lizzie Holden won the women’s category, Jame Harrison was 1st Junior and Tyler Hannay was 1st youth rider. Local lad Mark Cavendish finished in 12th place.

Massive respect to the organising club Manx Viking Wheelers for putting a great event on over this busy period.

Winner winner. Mega Hamper fully of goodies for winning the Manx Hamper Race. A win that ranks right up there. Thanks to Manx Viking Wheelers for organising @ Onchan, Isle Of Man https://t.co/6oOyYHQ7M2